Many cultures around the world maintain a belief in mysterious “little people.” Leprechauns in Ireland, gnomes and fairies in Iceland and Scandanavia, trolls and gremlins throughout Europe, “little people” of the Cherokee—they’re found everywhere.


An interesting variant of the “little people” are the aluxes of the Yucatan Mayas. Recently, I was fortunate enough to visit the Mayan ruins at San Gervasio in Cozumel, in the Mexican state of Quintana Roos, where I first heard of the aluxes.


San Gervasio’s pre-Hispanic name was Tantum Cuzamil, Mayan for “flat rock in the place of the swallows.” What is left of this ancient Mayan town is not as imposing as some of the large Mayan pyramids that exist in various parts of Mexico. Still, these humble ruins are the remains of a once important site dedicated to the moon goddess, Ix Chel. 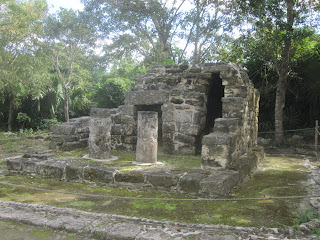 Unlike some of the other temple sites at which ritualistic human sacrifice was conducted, Tantum Cuzamil was a place of peace. Pre-Columbian Mayan women came from all over to worship Ix Chel and ask for her blessings for fertility and childbirth, medicine and weaving. In 1549, Diego de Landa, the Catholic Bishop of Yucatan, wrote that the Maya “held Cozumel in the same veneration as we have for pilgrimages to Jerusalem and Rome, and so they used to go to visit and offer presents there, as we do to holy places. . . “ 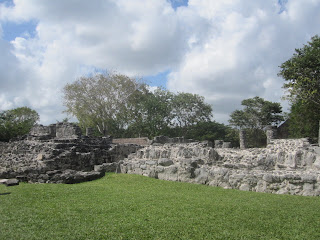 So, what about the aluxes?


My guide at San Gervasio was a young man named Jose who was well-informed about all aspects of Mayan culture. After we had spent some time walking the paved paths that led from one structure to another I asked him if any ancient Mayan rituals were still held at the site. Jose said that sometimes women still come there and left offerings to Ix Chel for fertility and children. He also said that some couples had been married at the propitious site, the traditional ceremony officiated over by a shaman from the mainland.


I asked Jose if he thought the spirits of this ancient place still existed. He smiled at that question, then  lowered his voice so that others could not hear.


“Do you know about the aluxes?” he asked. I did not. “They are little people, little spirits that live in the jungle. They often take the form of an animal or sometimes even a rock.” 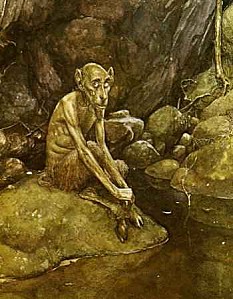 
Jose nodded. “Yes, people in the jungle might walk right by them and never see them . . .unless they want to be seen.”


“Yes, but they are like children. They run and play and at night you can hear them laughing in the jungle. They like to play little jokes on people.”

Jose told me about an American who was exploring the jungle when he disappeared. No one could find him and then, three days later, he walked out of the jungle as though nothing had happened. The American said he had become disoriented in the jungle but was found by the aluxes and stayed with them during those three days. Jose said the American wrote a book about his adventure but none of my research has turned it up. If you know of this book, please post a comment here. 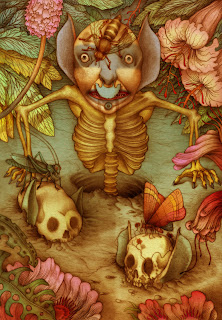 Also, if you’ve had your own adventure with “little people,” no matter where in the world, please tell us about it. 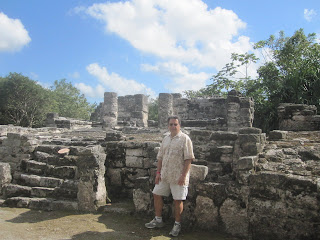